Home / Books / Life Science / Bones of Contention
Watch video
When it comes to human evolution, only the fossils tell the real story. With over thirty five years of research, Professor Marvin Lubenow seeks to disprove both the philosophical and scientific untruths in the theory of human evolution.

When it comes to human evolution, only the fossils tell the real story.

With over thirty-five years of research in the areas of creationism and evolutionism, Professor Marvin Lubenow seeks to disprove both the philosophical and scientific untruths in the theory of evolution.

Bones of Contention is the most thorough examination of all the supposed pre-human fossils that has been published, with thorough refutation of all evolutionary inferences that have been drawn from them. Lubenow is both a scientist and a theologian. This book contains 11 charts, four illustrations, and extensive documentation.

"This is the most complete and accurate critique of the fossils of the so-called ape-men. Lubenow has made an invaluable contribution to scientific biblical creationism." -Henry M. Morris, founder, Institute for Creation Research

"Like a true scholar, Lubenow has researched in depth the literature in scientific journals, sifting the evidence, searching out the areas open to interpretation. He is a pleasure to fence with intellectually." -Michael Charney, emeritus professor of anthropology, affiliate professor of zoology, Colorado State University

"Bones of Contention is factual, scientific, and accurate. Lubenow' s revised edition is even better than the first. " -Tim LaHaye, coauthor, the Left Behind series

I was and still am impressed with this book. It is meticulous and well footnoted. Does a great job in showing anomalies and contradictions of paleoanthropologist who believe in atheism and long duration of an evolutionary kind. I highly recommend this book for any honest person no matter what their perspective on life. Now if the author can write a detailed book on why the current ways of determining the age of the earth are contradictory and filled with assumptions ....... 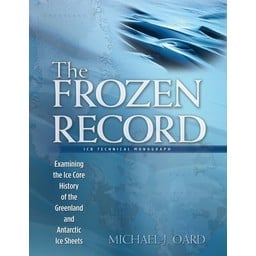