Home / Books / Evolution's Blunders, Frauds And Forgeries
Watch video
While most people might be able to name one or two, few are aware of the sheer number of embarrassing deceptions used to prop up evolutionary theory. This book highlights multiple examples that have misled generations.

While most people might be able to name one or two, few are aware of the sheer number of embarrassing deceptions used to prop up evolutionary theory. This book highlights multiple examples that have misled generations.

Some, like the famous Piltdown Man fraud, took many decades to uncover while leading evolutionists kept singing its praises to an increasingly indoctrinated public.

How many of us know about how a misidentification of the chemical reaction between alcohol and the calcium carbonate in seawater, something chemists at the time were certainly aware of, led leading evolutionists to breathlessly proclaim incipient life covered the ocean floor?

Who knows that genera and species were invented to support the ‘fact’ of evolution?

The countless fakes and mistakes are not mild aberrations in a self-correcting march to truth. In fact, evolutionary theory itself comes under severe pressure from the evidence in this book. For instance, diagrams of developing embryos, from a supposedly expert academic, were so useful in persuading people that evolution was unquestionably true that their exposure as fraudulent was ignored. It took over 100 years for this fraud to be re-exposed, and textbook publishers have still been very reluctant to drop it.

More recently, National Geographic triumphantly proclaimed a hybrid fossil as an ideal ‘intermediate’ between birds and dinosaurs. Their forced retraction of this glued-together monstrosity was barely noticeable.

Disturbingly, the author also highlights secular work showing that, especially in the life sciences, we are presently in the grip of an unprecedented epidemic of scientific fraud.

This eye-opening work should cause many to question their belief in evolution as ‘scientific fact’ and encourage everyone to critically examine all future evolutionary claims.

As someone who believes that Evolution is a religious cult, I was very disappointed in this book. Not because of the information it contains; on the contrary it demonstrates the bankrupt nature of Evolution. My complaint is that it has the same problem that nearly all presentations I've watched, listened to or read: it rambles too much. If you have plenty of time to waste or if your job deals with this subject (professor, teacher, scientist etc,) then this book is highly recommended. But if you're in a live debate and have only ten minutes to refute your opponent, then this book has no value at all. I didn't purchase this book to be entertained. I was looking for a weapon. 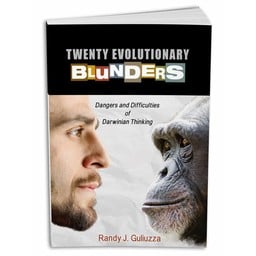 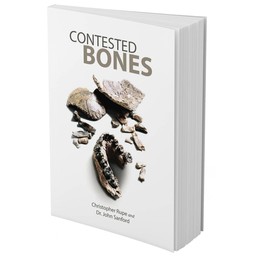