Home / Books / Physical Science / The Global Flood
Watch video
For some, the thought of a worldwide flood is ludicrous. But for serious scientists who research the various formations of the earth and the catastrophic processes that shaped the world we see around us today, the evidence of a global flood is certain.

Why does the Genesis Flood Matter?

The study of geology is a daunting task, especially when investigating ancient rock, strata, and fossils. What do the rocks and strata tell us about the geologic history of the earth? How do fossils help us unlock the mysteries of the geological catastrophes of the past?

For some, the thought of a worldwide flood is ludicrous. But for serious scientists who research the various formations of the earth and the catastrophic processes that shaped the world we see around us today, the evidence of a global flood is indisputable. The Global Flood presents that evidence in a way that clearly demonstrates why the biblical account of the Flood matters to all of us who want to understand and communicate the truth of the Genesis Flood with confidence.

The Global Flood helps to meet a great need today. It is comprehensive. It is aimed at those who are not experts in earth sciences. People everywhere need to understand the true significance of the year-long, mountain-covering Deluge that buried and fossilized trillions of marine and land animals and plants only a few thousand years ago. Over 95 percent of these fossils - even within sedimentary strata seen in the highest mountains of the world - are marine creatures! We don't need to stretch the creation week of Genesis 1 to allow for this. The fossils were formed after, not before, Adam! Without the enormous hydrodynamic work of the Flood, we could not know this. Now the Christian world has no excuse - if they ever had any - for adding millions and billions of years to earth history.

"May God be pleased to use The Global Flood to enlighten and encourage His people everywhere, in this day of confusion and compromise, to understand as never before some of the basic realities of Flood geology." - from the Foreword by Dr. John C. Whitcomb

If you prefer, this resource, The Global Flood, is also available in digital form as an eBook and can be downloaded now.

I have an extensive collection of ICR resources, but if someone can only get one book, this is the one I recommend. It does a great job of showing the science that supports creation and specifically the flood. The evidence of a worldwide flood is undeniable and if there really was a worldwide flood, the flood, not millions of years, explains all of the sedimentary layers. I reference this book more than the rest.

This book has it all. Scripture references, Geology, The Ark, Fossils, and the WATER. Very intensive and useful for anyone looking to learn and equip themselves to defend their faith. 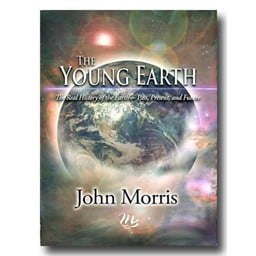 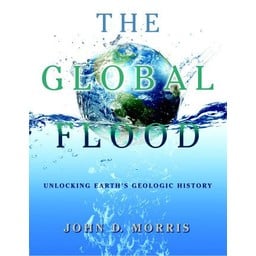